Adnams Lighthouse sits in the busy golden ale section of the beer world, where there is a wide range of offerings, catering to different palates, for consumers to choose from.  Lighthouse is on the lighter side and has definitely carved its niche.

It has a pleasant nose that is filled with malt notes and a subtle hop background.  Despite this, it is still light and nowhere near as heavy as some other golden beers.  This is followed by a reassuringly strong taste for a light beer.  The maltiness is not too heavy and there is depth in the flavour, which has a good aftertaste that is not too bitter.  In fact, Lighthouse is a surprisingly refreshing beer for a golden ale and would be readily enjoyed at any time of the year.

The gaping hole in Lighthouse’s armor is it’s packaging.  Adnams could do with shaping this beer up and pushing it out there because with a major facelift this beer is a contender in the golden ale market.  We all know that beer is about its taste but with a little bit of TLC from the creative team at Adnams this could have a much wider appeal.

Next time you see one of these in your local bottle shop, don’t ignore it.  It’s well worth taking a couple home to keep you and your friends company for an evening.

Fundamentally, I’m a bit of a wimp, so saying what I’m about to say makes no real sense as it’s never going to happen, but I’m going with it anyway…..

There you are, alone on a boat that is storm damaged and on the verge of being swallowed by the ocean, along with you. The storm you have just about managed to survive so far rages on and your hopes of getting out of this rather sticky spot are dwindling. The last person you spoke to was Captain Claus of the Liner Tappendooble, but that was on the radio days ago and the aerial was now well and truly kaput….

But then, what could that be in the distance?? Surely not??!! Is it?? Yes it is!!! IT’S A RUDDY FLIPPIN LIGHTHOUSE!! Now who would have thunk it..

As you pull closer it begins to dawn on you that the Lighthouse looks absolutely ridiculous. Was this a joke? Was this some sort of clown Lighthouse hallucination? You genuinely consider turning back into the storm to get away from this towering monstrosity but think better of it as your intrigue takes control.

Honestly, what is this packaging all about?? It’s absurd!

Time to move on to the inside of this silly bottle..

Ok, at just 3.4% I wasn’t expecting a huge amount of flavour from Lighthouse. Though it is lacking a bit of body which is understandable, it tastes great I have to say. Very, very crisp refreshing taste up front , then it dips out for a second, but comes back with bitter tones that linger on the palate nicely and stick around for a while. Once that pleasant ride is over there is only one thing for it, take another huge gulp! And so on and so on. And you know what, I think it’s a good thing Lighthouse is so weak because it really does keep you coming back for more.

Any stronger and you would be involved in your own personal storm very quickly and searching for a proverbial lighthouse to save you.

Sort the disaster packaging out Adnams and you’re on to a winner here. 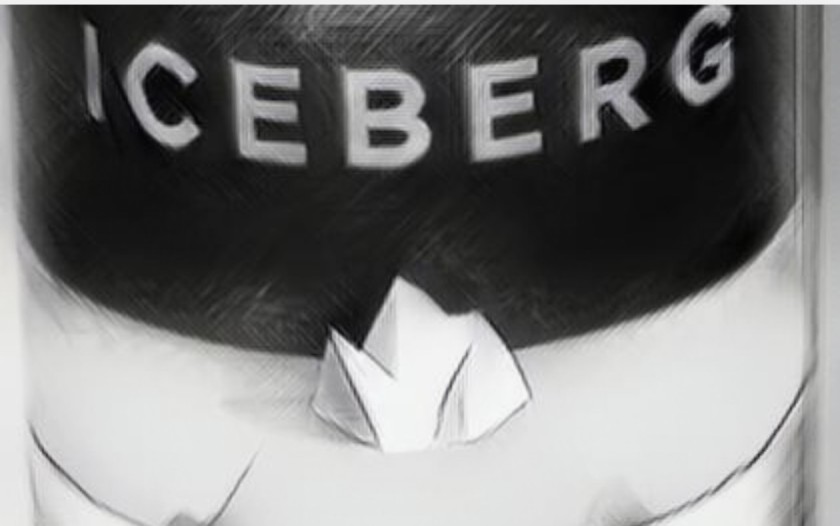 THE KING OF SOHO IS COMING… YOU HAVE BEEN WARNED