Fact: There are some undeniably fantastic craft lagers available.

Frontier, I am afraid, is neither a great Fullers’ beer, neither is it a worthy craft lager.  Actually, it is quite hard to even argue that it’s a craft lager at all.

From the packaging to the nose to the drinking, everything about this product is forced.  This is Fullers attempt to compete with the large, ever growing craft market and to be frank, it fails.  It has no points of interest and is drab at best.  The taste is lack luster and does not fulfil the brief of being at all craft. You’d be hard pushed to separate this from mass produced lagers with no soul, which in fact it quite obviously is.

Fact: Frontier has no place in the Fullers range.  This is a miss marketed and miss placed product.  Frontier is most certainly not at the front of beer products.

Having lived in either West London or West of London pretty much all my life and having  worked in or around Central London for a fair chunk of that I feel like the Fuller’s Griffin Brewery has been in my peripheral vision probably about 7,000,039 times over the years. And for a long time a whopping great and garish FRONTIER CRAFT LAGER sign has been bolted to the lovely Georgian brickwork of the brewery walls for all passing by to see.

Now I have to confess until just now I had never had a Frontier from a tin nor a bottle. I have definitely had a few pints on tap here and there but that was a while ago. So that got me thinking…. I have sampled this Lager and I drive past the ill sitting FRONTIER CRAFT LAGER sign probably on average 6 times a week and have done so for many years. Sometimes I have driven past on a roasting hot summers Friday evening with the roof down on my car on the way home from work. What better a time for that huge ugly free advertising to tempt me to grab a cold Frontier? So why, oh why, have I NEVER done so? I’m putting it down to two things. The Packaging is pretty lame and the pints that I have had cannot have left an impression, whether good or bad.
So what did I make of this Frontier from the tin? Well it was as I thought it was going to be, uneventful. The one positive I would say is it’s initial early taste, which is nice enough but other than that the whole thing just pales into insignificance.

The nose is pleasant enough giving off subtle hints of pine and almost freshly mown grass. As I’ve said the initial taste is good with citrus tones and the texture is smooth, seeing as it is quite highly carbonated. It is then that FCL lets itself down as is lacking decent body and the aftertaste is not great.

Look, all in all it doesn’t taste horrible by any means but if you’re looking for a craft lager to sit back, savour and raise your eyebrow I simply wouldn’t bother with this offering from the brewers that have been churning out some great ales for the past 173 years. 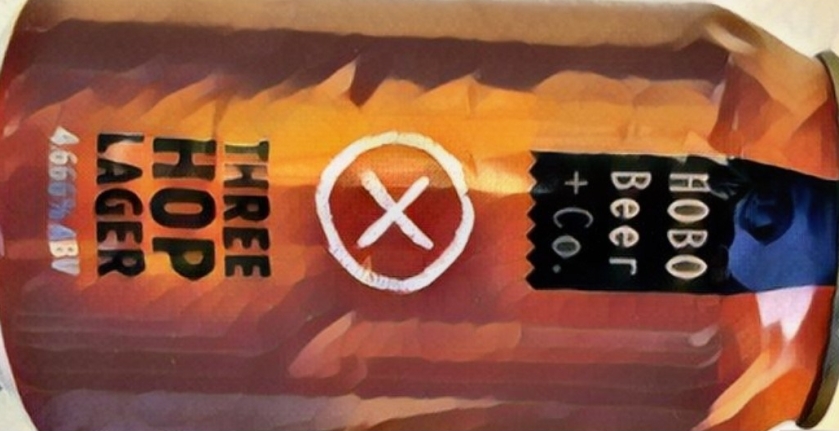