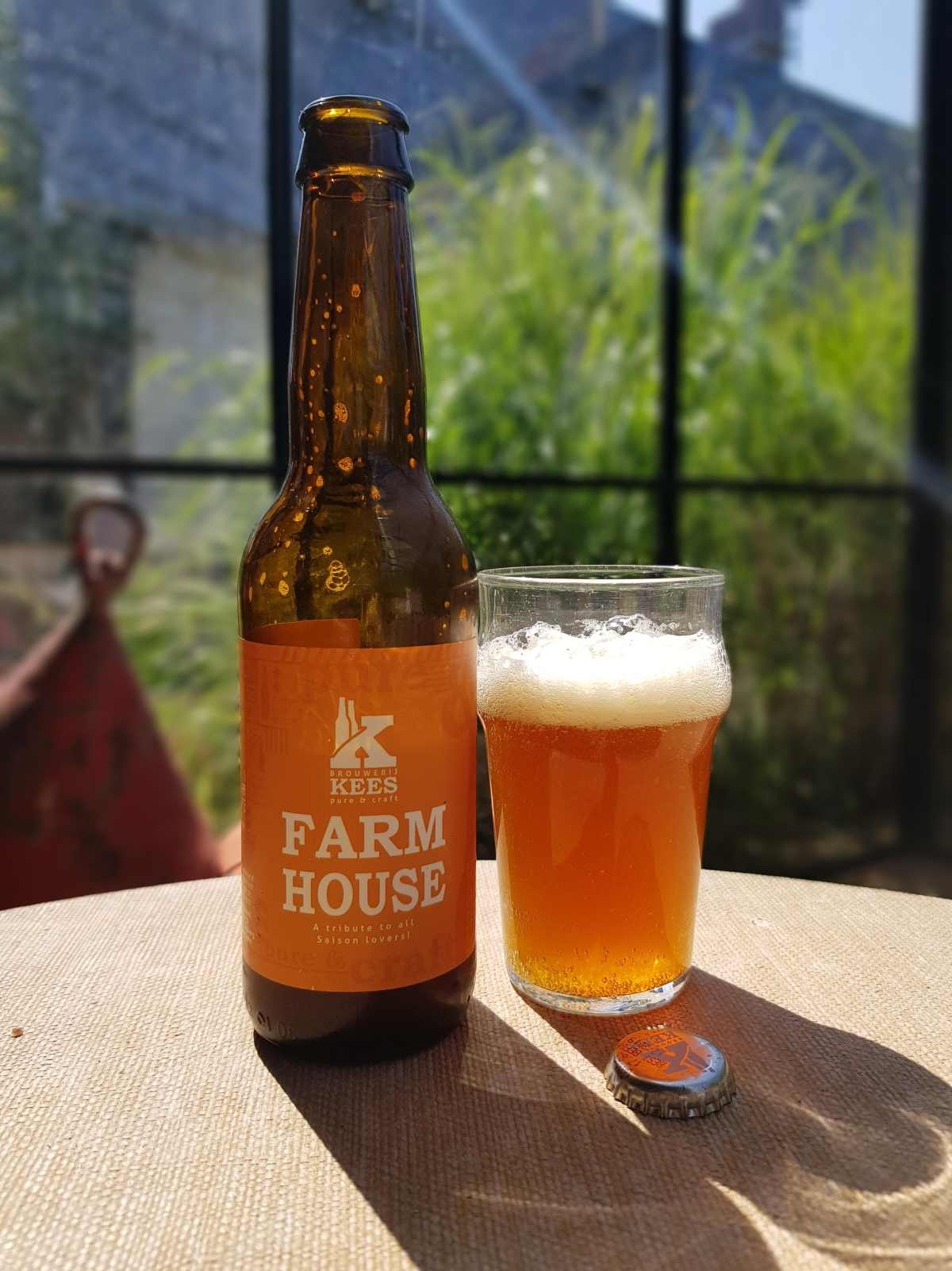 Farm House is a Dutch beer. Would you know this from its name? Quite simply, no. I like a name that states clearly what you’re getting. Table Beer, for example, is a great name for a table beer (see the review). This is a Dutch beer so the name should be Dutch – surely? I have no problem with it being called Farm House – but it should be in its native language.
Rant over (for now). Onto the actual beer.
Unsurprisingly, Farm House is a lively one (it is Dutch after all). We have come to expect no less from our friends across the Channel when they are brewing craft styley. However, once the fizz has settled, there’s not too much going on with the nose. This may be what you’d expect with a saison, but when it’s packing a punch in the alcohol department, like Farm House is, you may be forgiven for expecting a little more from the nose.
The thing is, this lack of ‘something’ carries through into the drinking. It definitely is like a Farm House (as the English name tells us) but there’s nothing at all unique or even special about this beer. It’s not particularly well brewed, and this leaves an almost dirty water taste. While this description may be doing Farm House a disservice, I can’t think of a better way to describe it.
It’s not unpleasant and it’s easy to drink one after the other. But it’s not a great saison.
Rant over. Full stop.

Saison is also traditionally known as farmhouse ale. Legend has it that farmers sometimes turned to brewing during the winter to keep the money coming in. Now because they would then resume their farming duties when the fair weather returned they would then not have time to brew so they used the extra beer that had been brewed the previous winter for personal consumption. So we have a pretty clever name here, I suppose. What is also clever about this beer is the way it disguises the fact that it’s 6% by not tasting strong at all. However, this is sadly where the cleverness ends for this Dutch brew.

See, as well as an incredibly faint orange nose, Farmhouse also has a very thin body. Not necessarily a bad thing but unfortunately it kind of is when the taste isn’t bringing much to the table either. The taste when sipping is pleasant enough don’t get me wrong but there really is nothing to write home about and is lacking any kind of get up and go. Once the sip is done it is usually time for the aftertaste, usually. Unfortunately Farmhouse isn’t just lacking here too, it just doesn’t bother with an aftertaste at all!! It really is quite bizarre.

I’m sure if this saison was passed to you on a sizzling summers day by a chum it would be drunk without much thought and probably enjoyed to a point. However, tasting like it does and being the strength it is you wouldn’t be enjoying yourself for too long, trust me.

GET SOME MUSE ON BOOZE RECOMMENDED BEER BY CLICKING……..