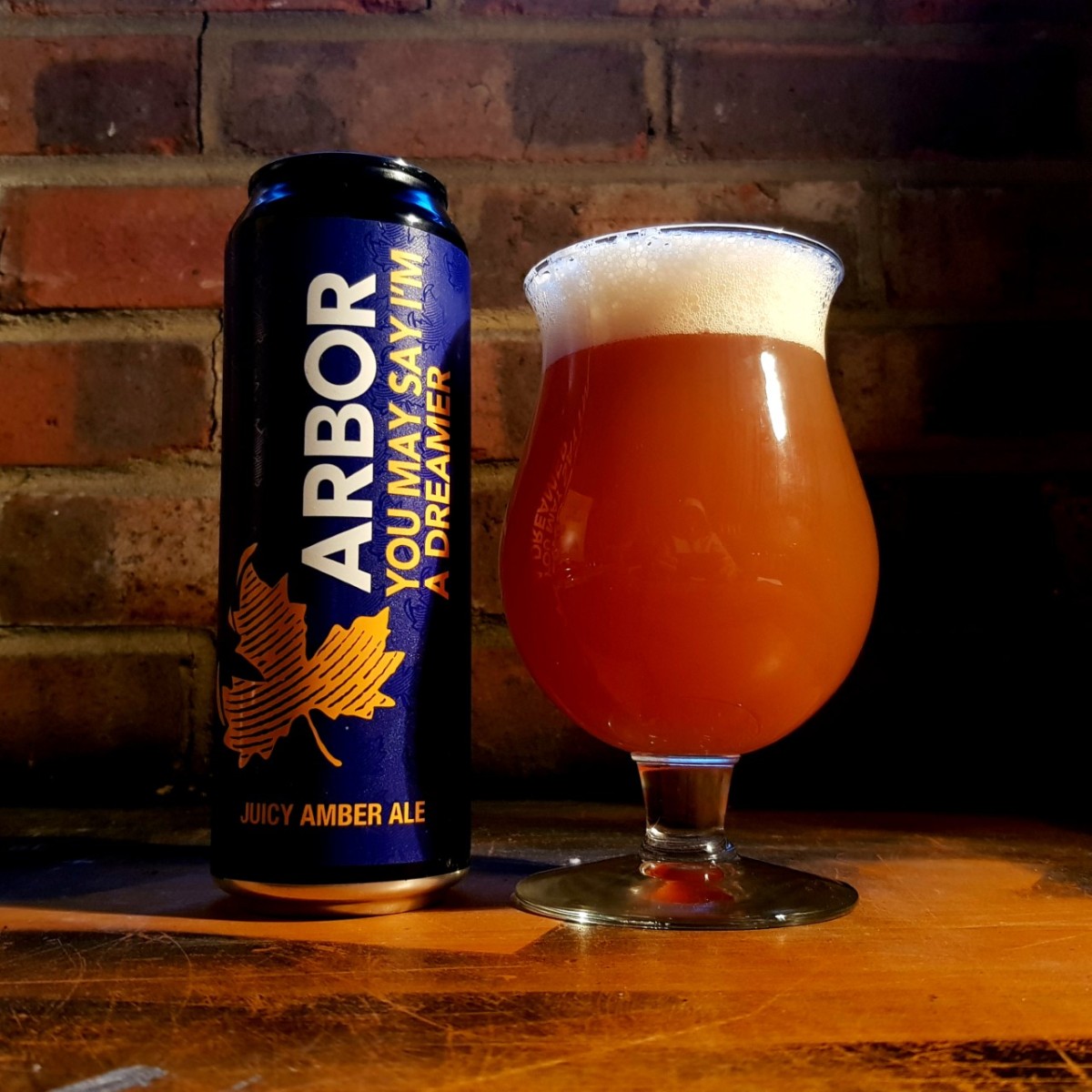 Before even popping this tin open there are two pretty large talking points.

Not often mentioned together I would imagine.

So the name of this beer is lifted from the song Imagine. The 1971 track by my second favourite* Beatle, John Lennon.  I have to admit, I don’t really get it if I’m honest. It is a decent idea but I think I would feel a bit daft waltzing up to a bar and ordering a beer with such a name.

Onto the Pint can. Not 330ml, not 440ml and not even 500ml. Nope, 568ml, one whole bleedin pint!!! Now this is an absolute master stoke of a marketing move. Same price, more beer. The design of the label is bold and simple and the tin is flipping massive so stands tall against all of its competitors. And as I said, YOU GET MORE BEER!! Let’s just hope it is more GOOD beer then shall we…

Well, it is really good in fact. A lovely tropical nose makes its way to you whilst you’re filling your massive glass with juicy amber ale. Fifteen minutes later when pour into glass is complete it’s time to admire just how good this brew looks once in it’s vessel for consumption. It looks so thick and juicy. Nothing changes going into the drinking phase, still plenty of tropical tones kicking around and the beer remains thick and juicy in the mouth, at first. See, once swallowed everything begins to thin out a little. That did disappoint me but in saying that it could well be necessary. See without it thinning out it may all get a bit too much. But because it does another tin of YMSIAD becomes very tempting once you’ve finished your first.

If you’ve ever read Harry Potter, then you’d have heard of butter beer.  Now, I know these books have been made into films, so there are many images now available of the aforementioned butter beer. However, these are images translated from someone else’s point of view.  In my opinion, if I were to say what butter beer looks like, then You May Say I’m A Dreamer is exactly how I’d describe it.  It’s mid-dark coloured (think toffee) and is nice and cloudy.  Just to be clear, I think it looks incredible.

But even before you pour YMSIAD into the glass to be wowed by its resemblance to butter beer, you are faced with a can that has clearly had a huge amount of thought go into it.  And I love the design of this can label.  Also, it’s worth a mention that the can has a pint’s worth of beer in it.

So, clearly a good start for YMSIAD.

I’m pleased to report that things continue on an upward trajectory as you pile into your supping.  YMSIAD is like a modern IPA, but this is hardly surprising considering the hops that have been used.  Its’s sharp upfront, not in a sour way, but in way that I’m happy with for such a brew.  Then, a pleasant bitterness washes away the sharpness for a great finish.  Through it all, there’s a slight tropical sweetness, which gives it a great rounded overall drinking experience.  It’s a well-balanced beer and is incredibly pleasant on the palate and fantastic in the mouth.

YMSIAD is a great beer.  It would work as well for a beginner to the modern beer world as it would for a seasoned pro. 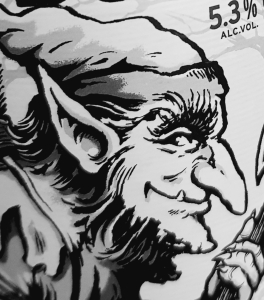