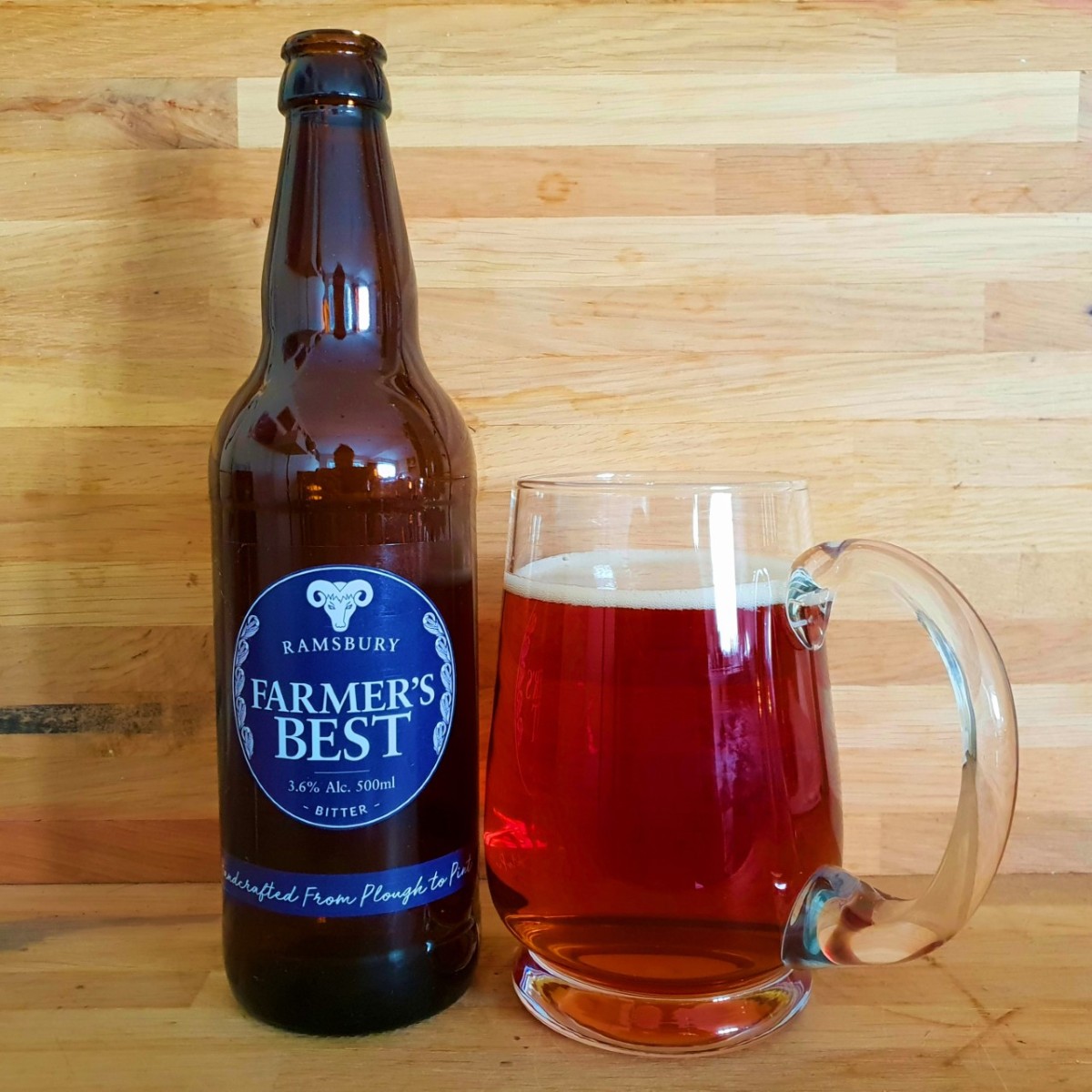 I love the thought of farmers enjoying this brew.  It conjures up wonderful images of supping down one of these after a hard day toiling the fields.

As you might hope, Farmer’s Best offers an earthy bitter aroma. Reassuring I hear the agriculturally inclined amongst you say; I could not agree more.

Then, the first sup reveals that FB is actually quite metallic tasting. This is not hugely unpleasant, although it may sound it. However, it is light on the bitterness. Think pale ale to get an idea of where this may be hitting the notes.

FB might not be the most inventive of beers but I get it.  I see where it fits.  It definitely will not be setting the world on fire, but it’s a reasonable drop.

FB is a little thin but this adds to it being highly sessionable.

Worth a go, not groundbreaking or genre leading by any stretch of the imagination.

I’m fairly sure I’ve mentioned before that when I was younger I was lucky enough to spend a lot of my summers on my Auntie and Uncles farm down in Cornwall. Things were pretty stereo typical down there. My Uncle would rise before dawn and take care of the farm and my Auntie would make sure he was well fed.

When I was down there I would spend loads of time cutting around the farm with my Uncle. One particular highlight was the tractor rides. We would spring out onto the main road in the door-less pewter coloured and rust covered tractor, my Uncle driving. I would be hanging on for dear life inches away from the huge rotating rear tyre as my Uncle somehow drove this shit heap of a tractor like he was competing in a rally. I absolutely loved it. We would spend endless hours walking the fields feeding the animals and fixing outhouses etc.

Now where this story falls down is upon returning to the farmhouse in the evening you would expect a farmer to maybe crack open an ale to help relax after a hard day of graft. However he always seemed to go for a cup of tea, from memory anyway.

In a desperate attempt for me trying to get this review vaguely back on track let’s assume he did crack a beer. And that beer would be Farmers Best, wouldn’t it. Now Farmers Best wouldn’t necessarily be the best beer but would be easy to drink and fairly enjoyable. It wouldn’t be complex or clever and not a huge amount of care would have been taken in the brewing. But the end product would be pleasant and drinkable.

And this is precisely what the Farmers Best I have in front of me is like. Not very good, but somehow quite nice to drink.