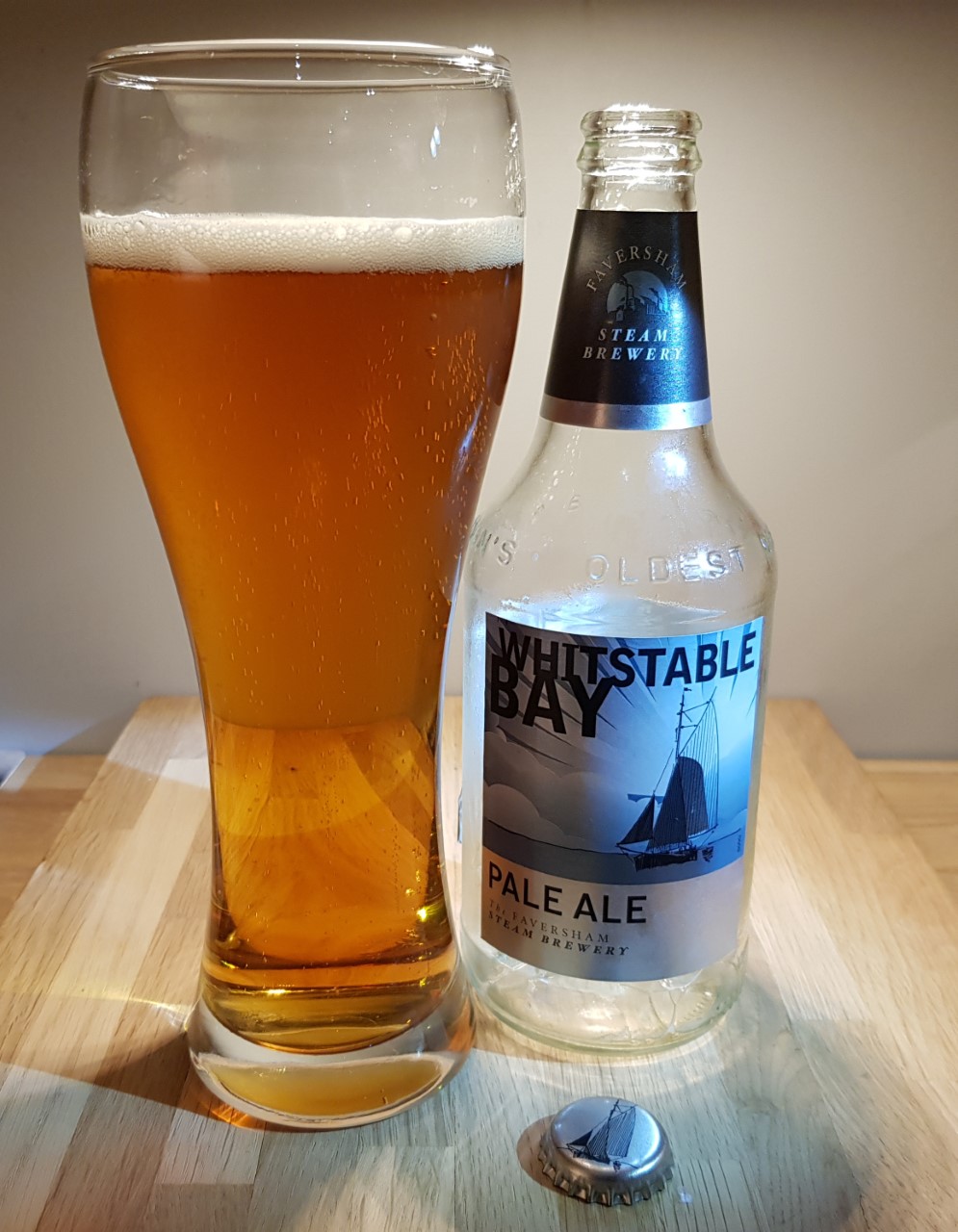 This is a readily available Pale Ale that the majority of beer drinkers in the UK will have seen knocking about in their local supermarket. Though I have consumed WBPA before after being handed a few over the years probably whilst visiting friends, I have never purchased myself. I’m putting this down to never really being a fan of the packaging…. But now I have it in front of me I’m trying to work out just what it is that I don’t like?

The dumpy set bottle is a break from the norm when it comes to a supermarket ready 500ml ale and I like it. The colours themselves and how they sit together are good also and the lovely little sketch of the boat on the flat as glass water is incredible! So what is it that I don’t like…?….

YOU SHOULD PROBABLY STOP READING NOW AND NEVER BOTHER WITH MUSE ON BOOZE AGAIN AS THIS IS HOW RIDICULOUS MY BRAIN IS AND I PROBABLY SHOULDN’T BE IN CHARGE OF REVIEWING BEERS.

The information on the label told me that I would be getting a spicy citrus nose and that information was correct. The nose is without doubt lovely and refreshing and gets you nice and ready for what you think would be that first refreshing sip…. and that sip is indeed that, refreshing. The beer is smooth and crisp (which surprised me as is very carbonated in glass). You could no doubt settle into a few of these for sure, though possibly not of a freezing winter’s evening. So all in all very positive so far.…

BUT… BUT BUT BUT, there is a negative twist..

The body to Whitstable Bay Pale Ale is so thin that anything positive that was going for it gets diluted, which is a shame because as mentioned there are defiantly positives.

Wait, what’s that? Oh no, here comes another negative!

There is definitely a woody and earthy undertone too due to the malt. For me this clashes with the refreshing citrus and almost makes the whole thing confused.

And that is exactly where WBPA has left me… confused.

One might expect a beer named after such an English town to be very traditional in its appearance.  But it’s not. It’s in a very tempting clear glass bottle, which is neither too modern nor too traditional.  Just as I like the name of this beer, I like the way it looks inside and out of the bottle.  Good job to the people at The Faversham Steam Brewery!

Whitstable Pale Ale only has two major stumbling blocks.  The first is the nose.  The promise of citrus fruits and spice is there but it’s so mild one has to sniff so deep to get a hint of it.  It is far too mild on the nose.  The second is the initial taste.  It’s thin and almost non-existent.  However, the very good news is that this taste improves remarkably over the following sips.  It grows and once you’re into it, it’s good.  It’s light with hints of malt and citrus, which becomes very pleasant.

Just like the hops grow in Kent, this beer grows on the consumer, so don’t be too hastily put off.