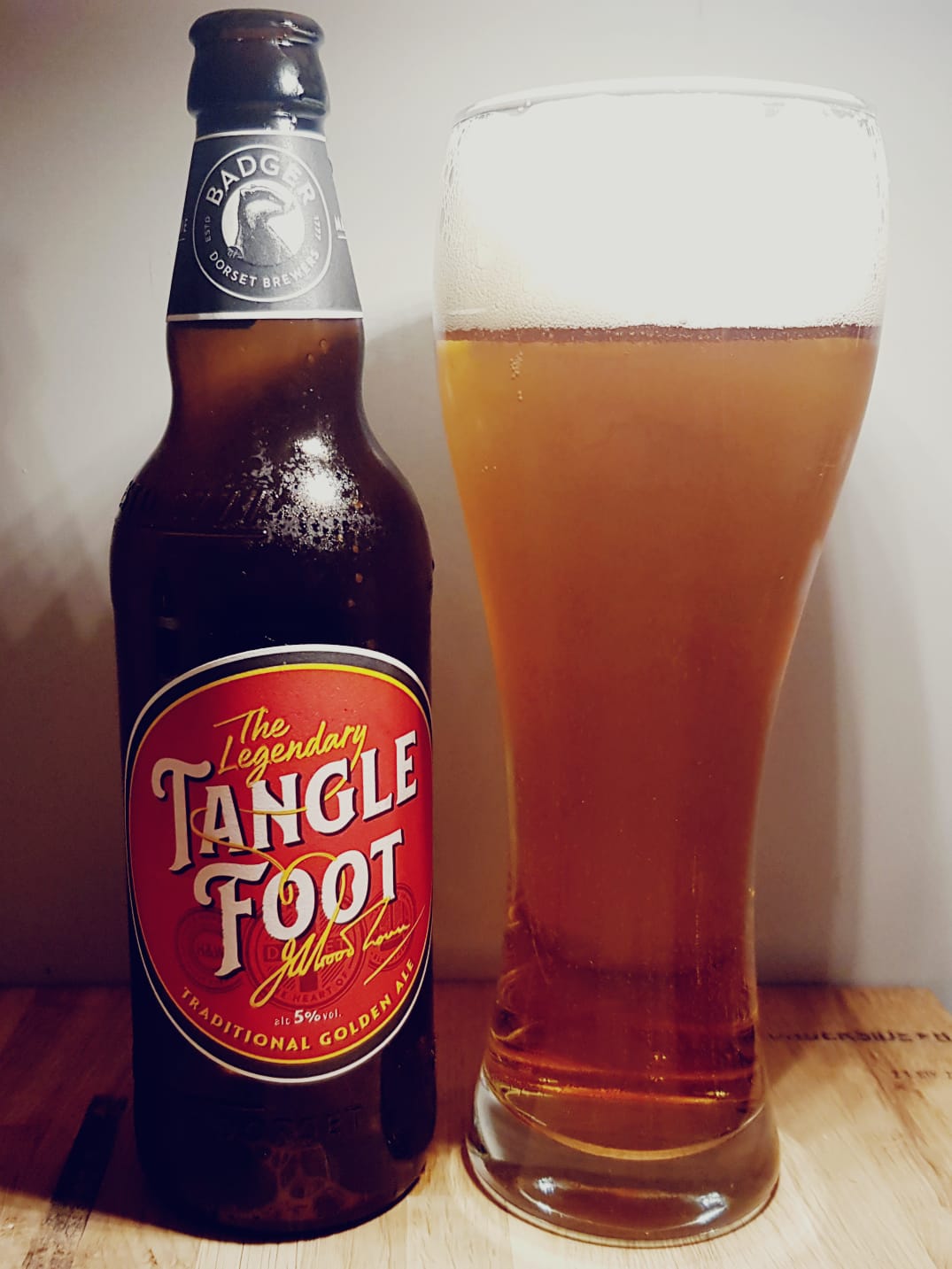 So, at work yesterday lunchtime two thoughts crossed my mind. First thought was that I was glad it was Friday and was looking forward to getting home and cracking open a Tangle Foot to review. My second thought was how belly up my day was going making the first thought more and more unlikely to happen as the clock was ticking. By the time 10pm had been and gone I said to myself that if I was home before midnight I’d still test as had the day off today. But if it was gone 00:00 then it would be straight to bed. As I pulled off the motorway (which is 15 mins from my house) at 23:45 some sort of panic rush set in. There was no way I wasn’t testing tonight I said to myself but if I got in after the midnight hour I wouldn’t be able to as… zee rules are zee rules.

After a couple of cruel red lights and getting my lower left limb caught up in the  hosepipe that had been left out in the driveway I hate to say… I got in at 00:02 and went straight to bed.

Ok, I’m sorry, that story was a lie. A real porky pie. And the reason I’ve taking you down this murky road of non-truth is the reason Tangle Foot was supposedly named Tangle Foot. Because apparently, whatever Woodhouse was in charge of naming this beer at the time, got his foot tangled in his dogs lead as he arrived home to name the beer. Sorry, not having it, that is a lie*. Stinks of it..

While we’re talking of stink, how was the nose on TF… not great to be honest, pretty average.

Packaging? Errr, yeah it’s alright for what…… HOLD UP.

We’ve been here before haven’t we?

This is a Badger Beer we’re dealing with isn’t it?

Not bad. Not great. Average. Simple as that.

*please H&W, if this is in fact true can you not sue us for libel. The mortgage on the house in the Hollywood Hills is already crippling us. Thanks.

However long I could muse on the great name, I need to get down to the crux of the matter – Tangle Foot the beer from Badger Brewery.

To start with, it has great colour and it looks appealing in the bottle.  Badger are great at adding some points of interest to their labels, both in terms of design as well as little nuggets of information.  Tangle Foot is no disappointment in this regard.

The promised nose of fruity with cereal notes is nearly an accurate description (from the bottle itself).  There are definite citrus hints but the earthy undertone detract a little from the promised potential.  Then we have the drinking…it is very shallow in flavour.  And although the flavour is pleasant enough, there’s just very little kick to it.  For some that works, but it doesn’t cut the mustard for us Musers on Booze and the spicy overtones (again as described on the bottle) are so hard to find that you might well be onto your 4th Tangle Foot by the time you think you have found them…