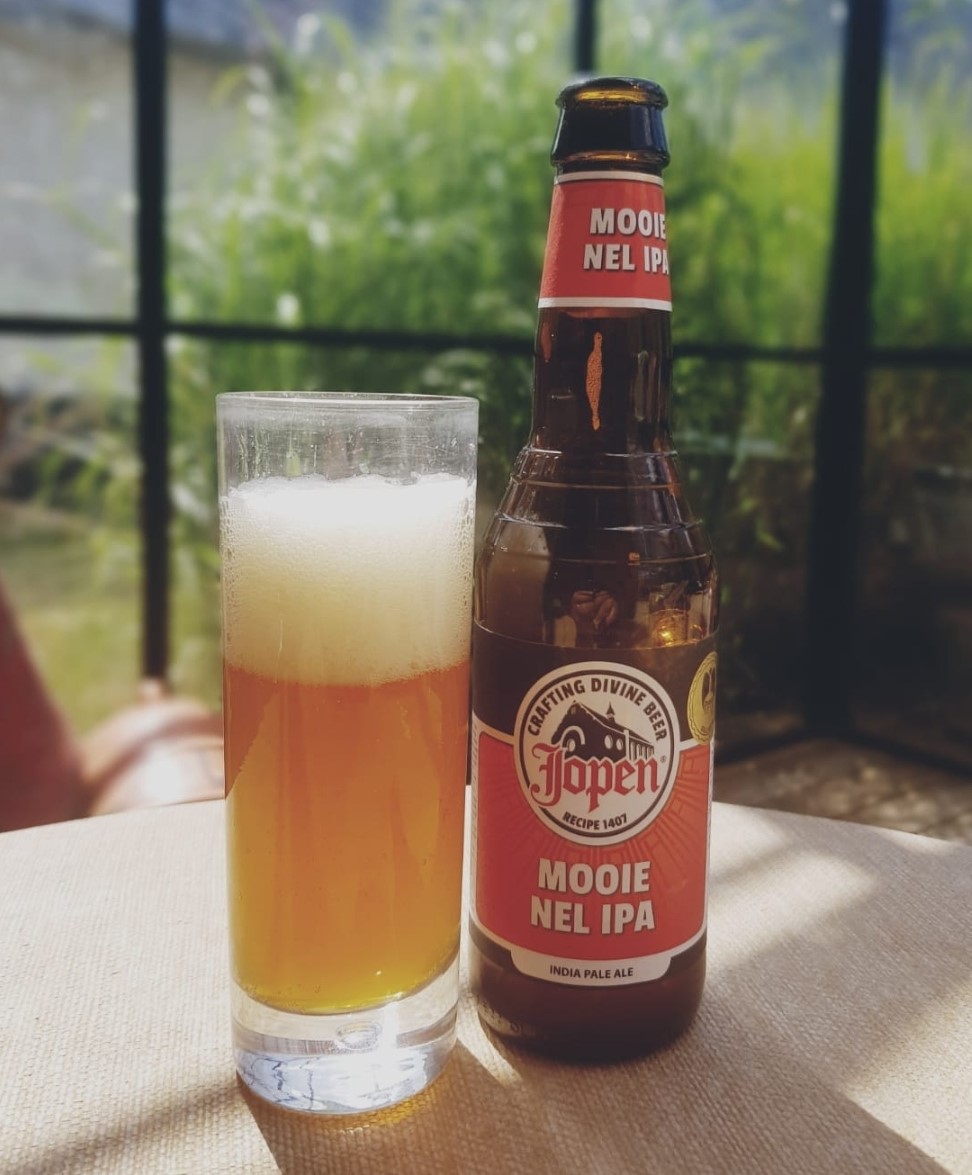 Errrr… all in all this brew is packaged up well enough, I suppose.

To be really honest it’s hard to get excited about MNIPA but to be fair I wasn’t particularly disappointed either. This Dutch brew does have a piece de resistance but I’ll leave that until the end (no peeking now).
Look, Mooie Nel is an absolutely fine beer. The taste is good though doesn’t hang around long. There is a good bitter hit in the middle, though that bitter hit was a little clunky which suggests with a little more care in the brew this IPA could be elevated from pretty good to GOOD!

As said Mooie Nel is a decent enough beer but it won’t make it into the tales of ale when reminiscing about the good ol’ days.

MNIPA’s piece de reinvest (that is Dutch for Piece de resistance, if you’ve lost it a bit, which means masterpiece for if you’ve totally lost yourself recently) is that it is smoother than Rick the Slick sipping liquid silk from a Cashmere flute.

If you were (or, indeed, are) Dutch, imagine how you might design the packaging for a beer. Chances are, you’d end up with something close to where the design team at Jopen ended up at with Mooie Nel IPA. Again, the chances are you’d end up being quite happy with it.
Mooie isn’t as lively as some of its Dutch counterparts in the beer world, but there are some other similarities. For one, it has quite the hint of caramel both in its colour and in its nose. Secondly, its well balanced in regard to its hop content and its alcohol. Together, this makes it a pleasant beer.
However, to nudge Mooie into greatness, it needs to pack a little bit more of a punch. It needs something in its follow through (pardon the pun) to give it an edge. A little more sharpness, or bitterness, perhaps would add to the overall feeling of specialness both in the mouth and in the aftertaste.
Would I turn my nose up at Mooie? Definitely not.
Would it top any of my beer lists? Definitely not.

DARK DAYS ARE A COMIN’