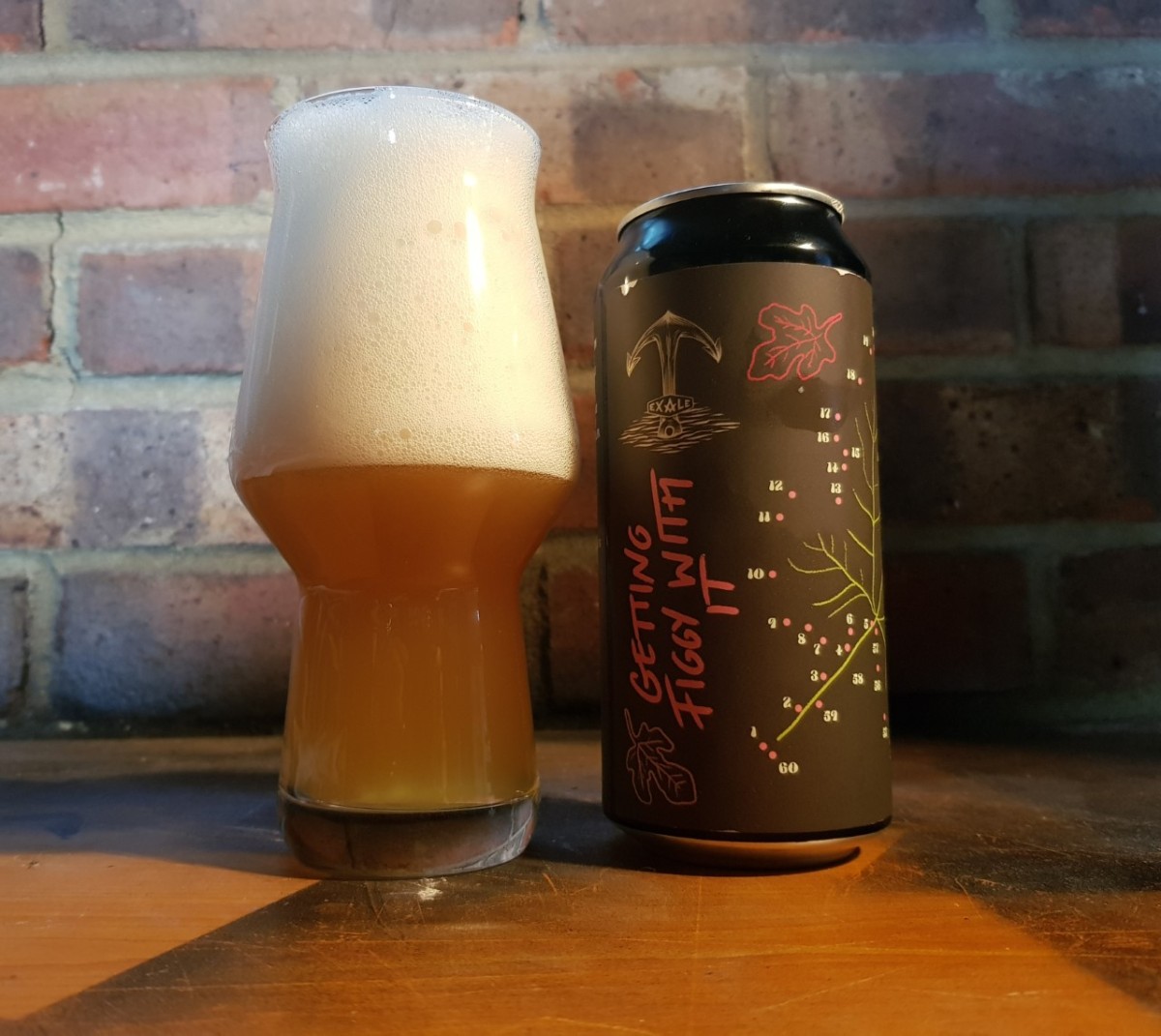 Who would ever have thought that you’d be able to link a beer with Will Smith. But, here we have it… Getting Figgy With It, just like Getting Jiggy With It (get it?). And the team at Exale (the brewery responsible for GFWI) even tell you to drink, dance and get figgy with it. What more could you want a beer to promise?

On first meeting, GFWI is most certainly keen to party. I mean, it’s highly carbonated and needs to be poured with caution. One small slip of that dancing hand and you’ll have a glass full of bubbles and minimal liquid.

Once you overcome the bubble fest, you’re left with a butterscotch liquid, which has a light nose with hints of the promised coconut and figs. But don’t expect an aroma that’ll blow you away, because it’s subtle. Not bad, just light.

When you drink GFWI, it’s surprisingly bitter. And don’t get me wrong, this is not bad. It’s just a little surprising. But there are hints of figs. And I don’t mind it not being too overbearing. Fruit beers and me aren’t always the best of friends.

Exale have managed to balance the fig and the hops well and the result is a solid beer, even if it’s not groundbreaking. It’s perfectly enjoyable and pleasant to experience. And the dot-to-dot on the can deserves a special mention (not that you can actually complete it!).

Will you enjoy GFWI? Almost certainly yes. Will it lead the dance in the beer world? Most likely not…

There is much to talk about with Getting Figgy With It. Which is a good thing when it comes to writing I suppose and will hopefully get more out of me than my first ever beer review back in ’99.

Packaging: The dot-to-dot fig leaf label is a masterstroke for me. It doesn’t take the beer tin peruser long to work out what’s going on here but it is definitely not instantaneous so therefore once the consumer’s eyes are locked on to this beer they will spend just a little extra time viewing this tin therefore will be more likely to buy. I bought. I’m a sucker for dot-to-dot and am going to peel the label off as soon as I’ve finished the beer.

Beer style: I love the concept of this beer. Hops from around the globe with dried fig leaves from around where the brew is brewed, Walthamstow. It’s a just great idea. But have Exale taken that great idea and made a great beer?

Taste: Well, no, it is not great, but it is very good! Fig sweetness features in the nose yes but once sipping is non-existent. GFWI has a hoppy lead, a dank middle with a soft fade to bittersweet. However slowly but surely a subtle fig taste does begin to creep in. This is actually really pleasant and keeps you interested throughout the drinking.

THAT HEAD: My life this beer is lively!! I had to call Sammy to see if he had tested yet and if not could he take the picture as I had arsed up my pour. He had tested and had had the precise same pouring experience. THAT HEAD.

A good, slightly different beer this. Well worth a try.

I’m off to do the dot-to-dot