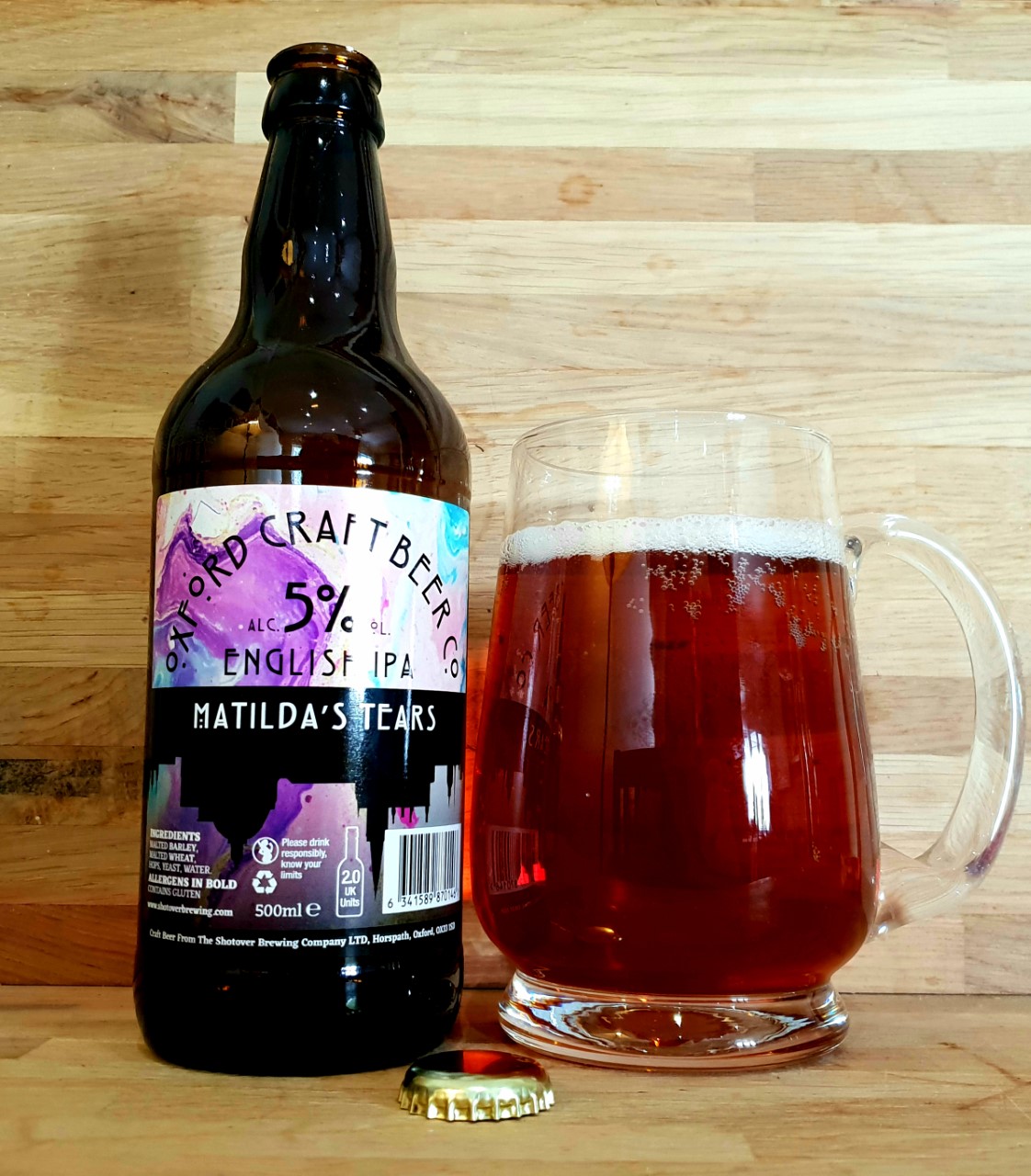 From the off with this small batch offering I was not particularly impressed. See the one label on the bottle approach I get. A small brewery trying to save a few pennies here and there makes total sense. It can sometimes be the difference between a business working or not. But if you are going to go down this road you need to try and make the one label look a bit better, you really do.

From a beer point of view, well I am sorry to say things didn’t really begin to get any better. There was a glimmer of hope, as whilst sipping Matilda’s Tears (it doesn’t taste salty by the way, you can probably guess what I think of the name) as whilst in the mouth there is a certain enjoyable light malty flavour but once swallowed the taste pretty much vanishes. Even if you tried to make a case for this IPA being sessionable, because of the lack of flavour I genuinely think you would just get bored after 3 or 4. I’m also not really sure you can call this an IPA. It is not hoppy at all and needs to taste stronger.

I don’t want to bash these guys up too much (even though I just totally have) as they are clearly a small brewer trying to get on. But I’m afraid it is back to the drawing board with this one.

Before evening considering opening Matilda’s Tears, two things are striking about this IPA: it has an incredible name; it has really poor packaging. Not that either of these things matter in the long run. They’re just worth noting. And now that they’re noted, let’s move on to the real deal.

While MT might not be a beer to get you all worked up about, it is a decent enough drop. It’s almost sharp upfront with quite a long tail of aftertaste. And it’s this aftertaste, which drops into a metallic realm towards the end, that is the one element holding back the beer in its overall balance. Other than that, MT is great in the mouth. It’s initial taste is crisp and bright and holds the beer in good stead.

The more you drink MT, the more interesting it gets. It’s never going to compete with some other IPAs out there but it’s still worthy of gracing any beer collection. Definitely worth a go – it’ll appeal to a wide range of drinkers.