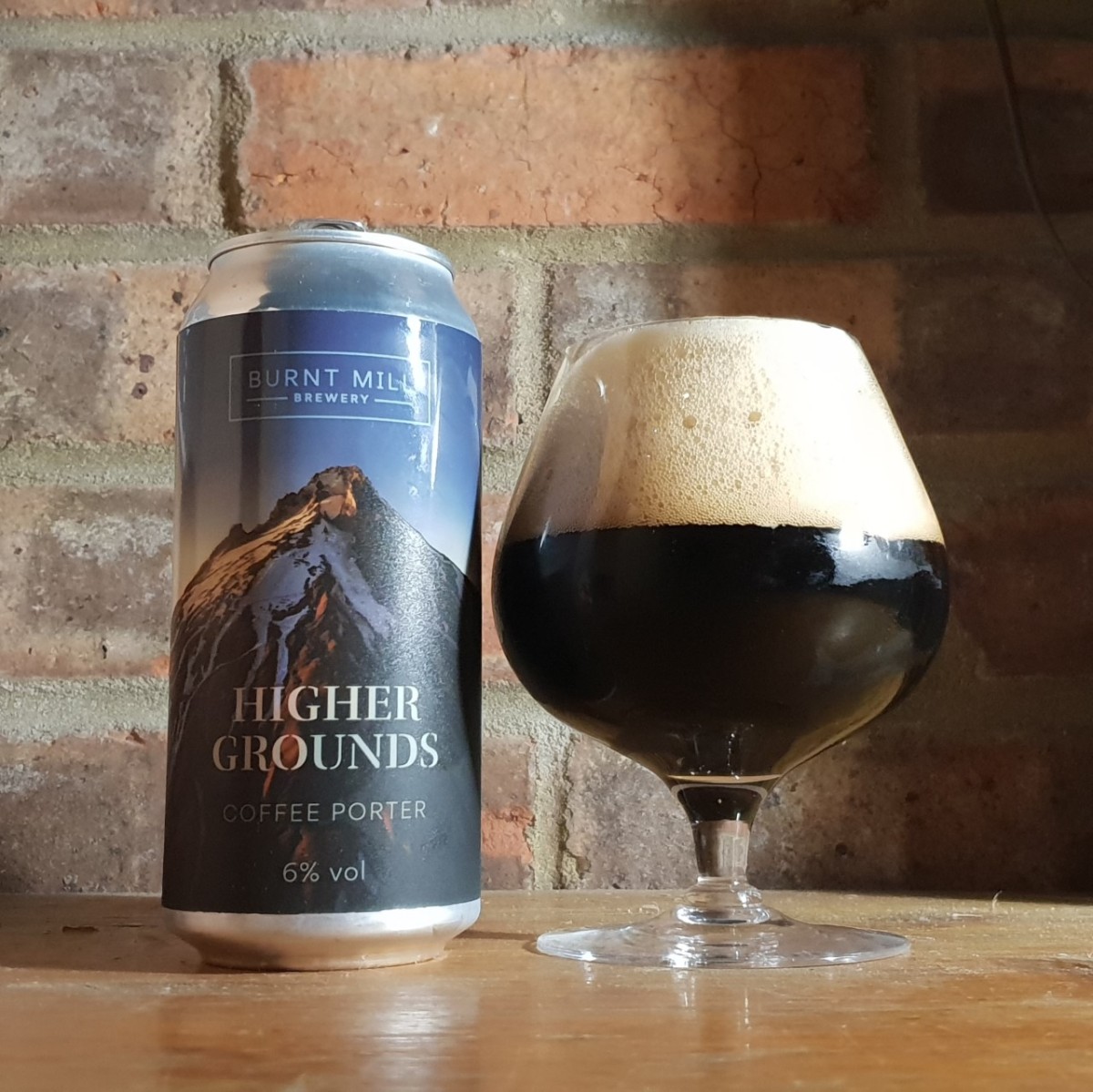 I hate starting a review on a negative, even if there is no positive to be had. I fear I have done this maybe a little too much over the years. Without re-reading our 200+ reviews I think this is probably because if I don’t like the packaging of a brew I’ll more than likely mention that first. Because that is your introduction to the beer, no? So may as well report that first up.

Do not get me wrong, it is a cracking photograph with wonderful colours… but for beer tin art accompanying that name?? Come on, did they miss the amazing play on words available here?

Anyway, onto the contents, that has no control of what it’s packed in and there is lots to report!

Now, this could have just been me or possibly the glass (though I’ve had many successful Porter visits to this vessel) but I’m blaming the brew I’m afraid. As you can see from the picture, this m*f* blew up! It took about 5 mins of settling and mini pouring to even get it to what you see in the picture. During the quite frustrating settling process a nose of lovely rich liquorice and coffee did emanate. Once the head settled / dissipated / been lip hoovered up, it was time to finally get stuck into this brew for real.

Instant thoughts were that it was quite thin in body, however it is a porter at the end of the day and to be fair its viscosity is what lead to the lovely mouthfeel. Taste was good but what happened 5 seconds after the swallow was a real masterstroke. A faint chocolate aftertaste slowly crept in and lingered. And lingered. And lingered. Utterly delightful!!!

However, the aftertaste went on soooo long that the next visit to the glass almost clashed the with aftertaste! Slightly mind-blowing stuff and it was to the detriment of the beer unfortunately.

Look, if you took an hour to drink this 440ml of Porter I think you would have quite the brew on your hands, as you would leave time for the aftertaste to do its thing. But unfortunately, I think this beer is somehow a victim of its own quality.

Come on! What a name! A coffee porter named Higher Grounds. Genius. Alright, I know not everyone will be familiar with Red Hot Chili Peppers stadium anthem. But many would have come across a cover of it, whether that be a stripped down folk version or a ramped up rave version. In fact, many will know the original by Stevie Wonder. Ok. I’m getting a little carried away. But it is a good name.

If nothing else, the head on this coffee Porter certainly reaches high heights. It’s so carbonated that a little pour nearly takes up the pint glass. Proceed with caution. You have been warned.

Going back in for a second pour and the head is back. It keeps on going. This makes HG a hard beer to pour and get large quantities in the glass.

Surprisingly, Higher Ground’s nose is actually quite sweet and for me gives no hint a flavour party inside. I have to say, I don’t find it particularly enticing.

Right. How to get this to make sense. HG definitely has the promised coffee. It’s there in abundance. From the beginning to the aftertaste coffee is punctuating this Porter. But the mouthfeel is odd. It’s syrupy upfront, which quickly dissipates to nothing.  This might be because the fizz has all come out in the head, not allowing the flavours to be carried on the carbonation.

While I don’t love everything about this brew, and it won’t be to everyone’s taste, I do absolutely love the coffee theme. Burnt Mill Brewery promised coffee, and HG delivers it in bucket loads. It’s enough to keep me coming back for more.