I wanted this to work as it’s from a brewer I’ve not heard of until now so naturally want to discover something special. But unfortunately, at every turn thing’s did not go well.

Moving onto the beer I do admire a single hop and single malt approach as it leaves the brewer nowhere to hide. It’s a brave thing to take on. There have been some outstanding efforts but also some that have left the drinker very much wanting, and I’m afraid to say COLD TOWN BEER / COLD SMASH BEER / CHINOOK SMASH PALE (what is it with this SMASH thing??) is very much the latter.

This is a poor beer I’m sorry to say. The lack of carbonation doesn’t help it from the off. Literally zero aftertaste wasn’t great for this beer when it came to the scoring side of life either. The taste in sip does pass muster but is in and out in a flash. This is where I tried to push through some positivity… but no, I’m sorry, this is just a substandard brew.

So, a single hopped beer (chinook) smashed with Marris otter barley. I love the concept. And that’s exactly what Chinook Smash is.

Whilst there’s not depth in the flavour, the caramel and lemon notes are unmistakable. And the simplicity of the beer makes it an easy drink. It slips down with no complaints.

Look, this is a good beer. It’s just never going to excel because of what it is. CSP is great for cutting your teeth on a single hopped beer. Like similar concept beers, it’ll help hone one’s ability to pick out notes of specific hops.

Also, given this at a social gathering, it’s easy to drink and will provide a discussion point.  But CSP is not one to have for an enjoyable beer of and evening.

In summary, CSP is great for improving tasting skills and slipping down the gullet at a social event. But it’s not particularly one to be enjoyed mulling over life at home. 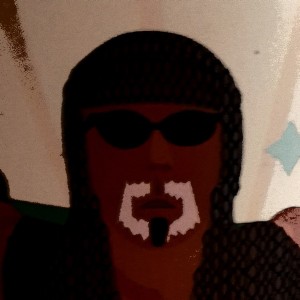