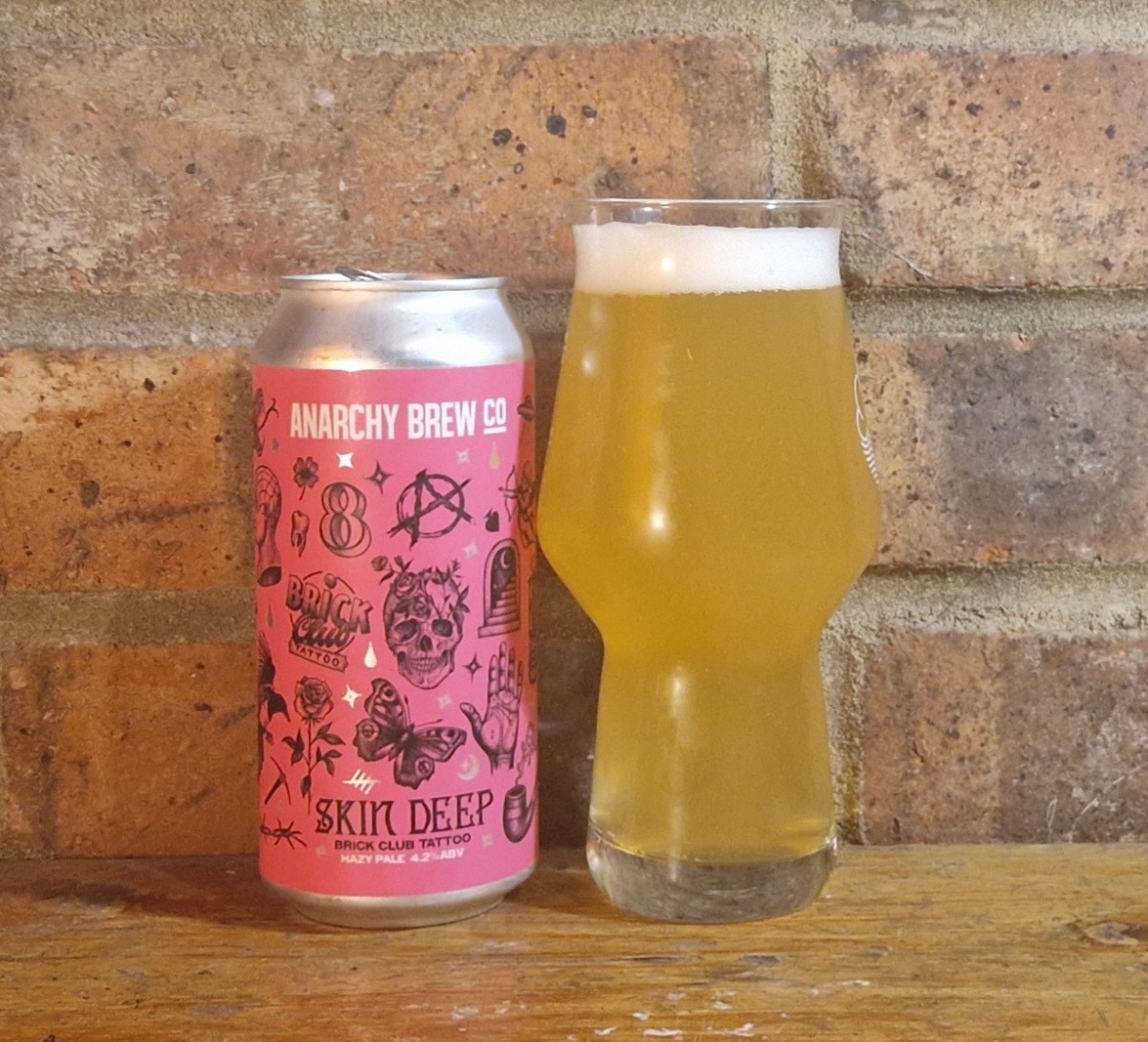 I’m a little at sea with this one. Decent enough brew yeah but a fair amount I wasn’t happy with.

Out of the great looking tin comes a beer with a cracking mouthfeel and tonnes of flavour considering that it’s only 4.2%. There is a stone fruit undertone with the flavour, though not sweetness of lychee sitting on top. Tasty.

Now my first issue is that this is not a Pale Ale. It say’s that it is. But it is not. It’s WAY too bitter, hoppy and intense for a Pale Ale. It is verging on a West Coast IPA for me. I mean, I’m ok with that, but Anarchy have described it as a Hazy Pale Ale and that, quite simply is not what the drinker gets from their pink tin.

Also, the aftertaste is pleasant, for a bit. However, after a few seconds it becomes very intense and dries out your mouth. Much like after you have eaten a fresh orange. This gacky, cloying thing develops making you NEED to take another sip rather than necessarily want to.

All said though, I did enjoy this beer. I think it has just missed the mark by quite a lot for what it is supposed to be.

Put simply, it’s not Ronseal, and folks, I want my beer to be Ronseal! ö

Who’d of thought it? A pink can for a beer. But even more so, it actually looks pretty smart. And the graphics, for the most part, tattooed over the can also work! Skin Deep, is hopefully a little more than can deep! (See what I’ve done there).

I guess the place to start is that, while SD is a good beer, it’s not elevated to greatness. It’s well balanced, not complicated, and has nice hoppy notes. It’s everything you’d expect. And in some ways, it’s also this middle of the roadness that could be its slight Achilles heel.

SD doesn’t stand out from the crowd. It stands with it. It is very good but not in any way unique. And I suppose that poses the question, does it need to? In answer to that, no it doesn’t. Just keep on doing what you’re doing because it’s a-ok to be with the pack when the pack is a strong place to be.