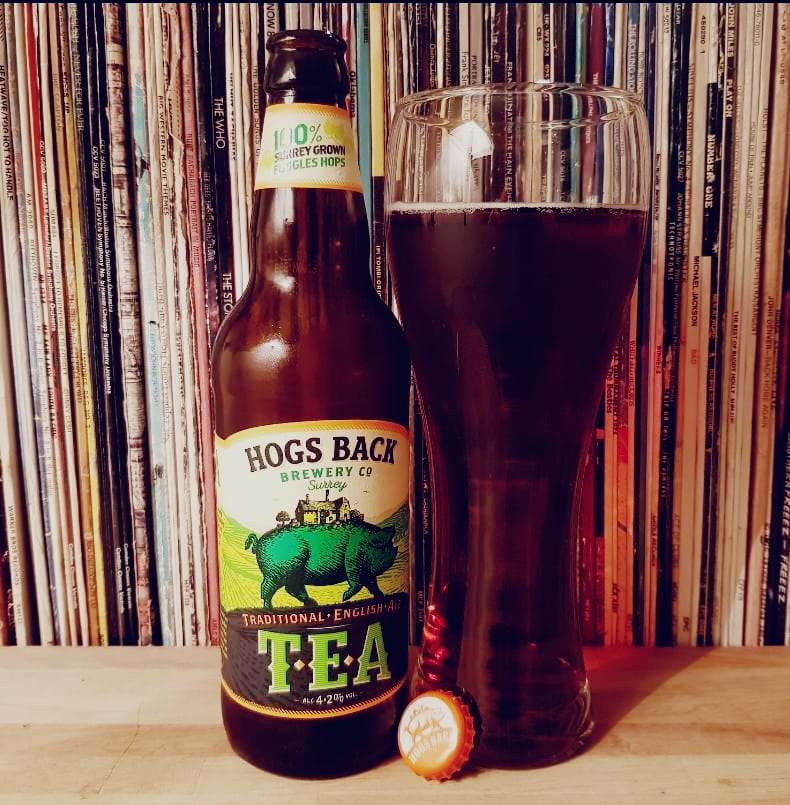 Most people are familiar with the late Terry Pratchett and his Discworld series.  In that series, the world is on the back of a turtle.  To cut to the chase and to make my ramblings clear, the label on T.E.A. follows a similar theme, with a Surrey Village (I’m guessing) propped on the back of a hog (a nod to the brewery name).  A good theme, which is outlined by the distinctive green and orange colour scheme.

I don’t want to be insincere or unfair to T.E.A. or other bitters for that matter, but what T.E.A. is is exactly that.  You know what you’re going to get and you know when you want to have it.

It’s a solid brew, which has its place in the beer world.  O.K., it won’t set the world on fire but we all need steady eddies in our lives, even the fantasy Discworld had them.

Dolly once spilt a cup a of tea on my back when I was just a wee piglet and I was being looked after by herself and my man Grampy Syd (who would have been 110 on this very day incidentally). There was a full panic flap about it I seem to remember, I learnt the word Scald for the first time, but I also remember being totally fine throughout the whole experience and enjoying the warm electric fire and dull lighting (plus the attention).

Syd, the husband of the aforementioned Dolly and my aforementioned man taught Jymi to never ever say no if offered a cup of tea or a cigarette. Seriously wise words at the time as so many of my endless friendships were founded on those two forms of relaxant.

Worthing, where the legends Fred and Ena relocated from West London to once upon a time. Jymi and the Ma, Pa and Sis (if she could pull herself away from embroidery club) used to venture there a lot. I remember check points (to monitor progress) and points of interest being mentioned so vividly on the way there.

We’re at the Devils Punch Bowl.

We’re past The Hogs Back.

Arundel Castle on the left kids.

I can see Amberley Chalk Pits.

Dolly, Syd, Fred and Ena were my Grandparents, just in case you hadn’t picked that.

When it comes to TEA by Hogs Back Brewery I have to say it pulls a lot of lovely memories back to me… Even though the beer itself has nothing to do with TEA at all (it stands for Traditional English Ale).

So praise be that this is an absolute belter of a beer!! A mighty fine glass of ale I have to say.

Up front there is a great amount of flavour. A large growing taste of almost fruity caramel envelops your moosh immediately and then it switches to a long softly fading aftertaste of what, flavour wise, can only be described as …. Splendid.

I genuinely love this beer and everything it’s about. Even to the little passage on the side of the label:

All our Fuggles hops are grown locally here in Surrey, either in our own hop garden or 4 miles away on the other side of the Hogs Back. And whilst we enjoy the beer local hogs enjoy the spent grain from our mash tun… perfect harmony in Tongham.

Perfect harmony in me. 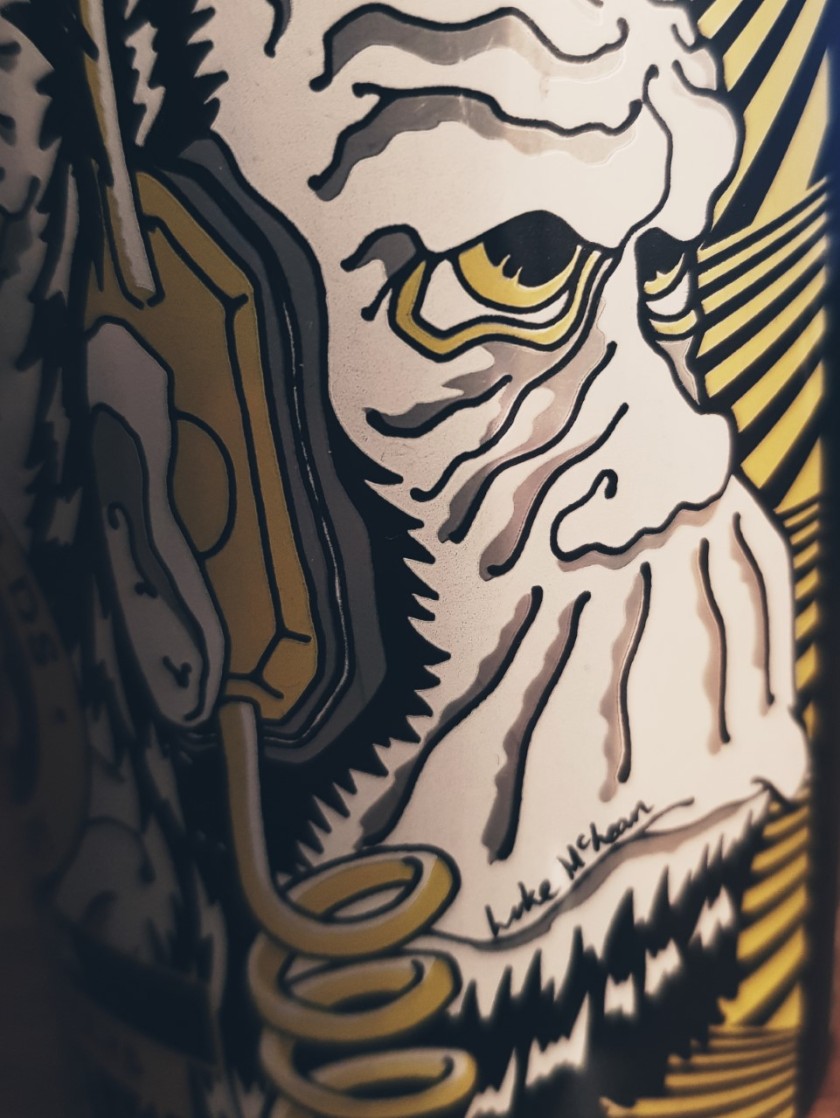 BE OH SO COOL ON SOCIALS: