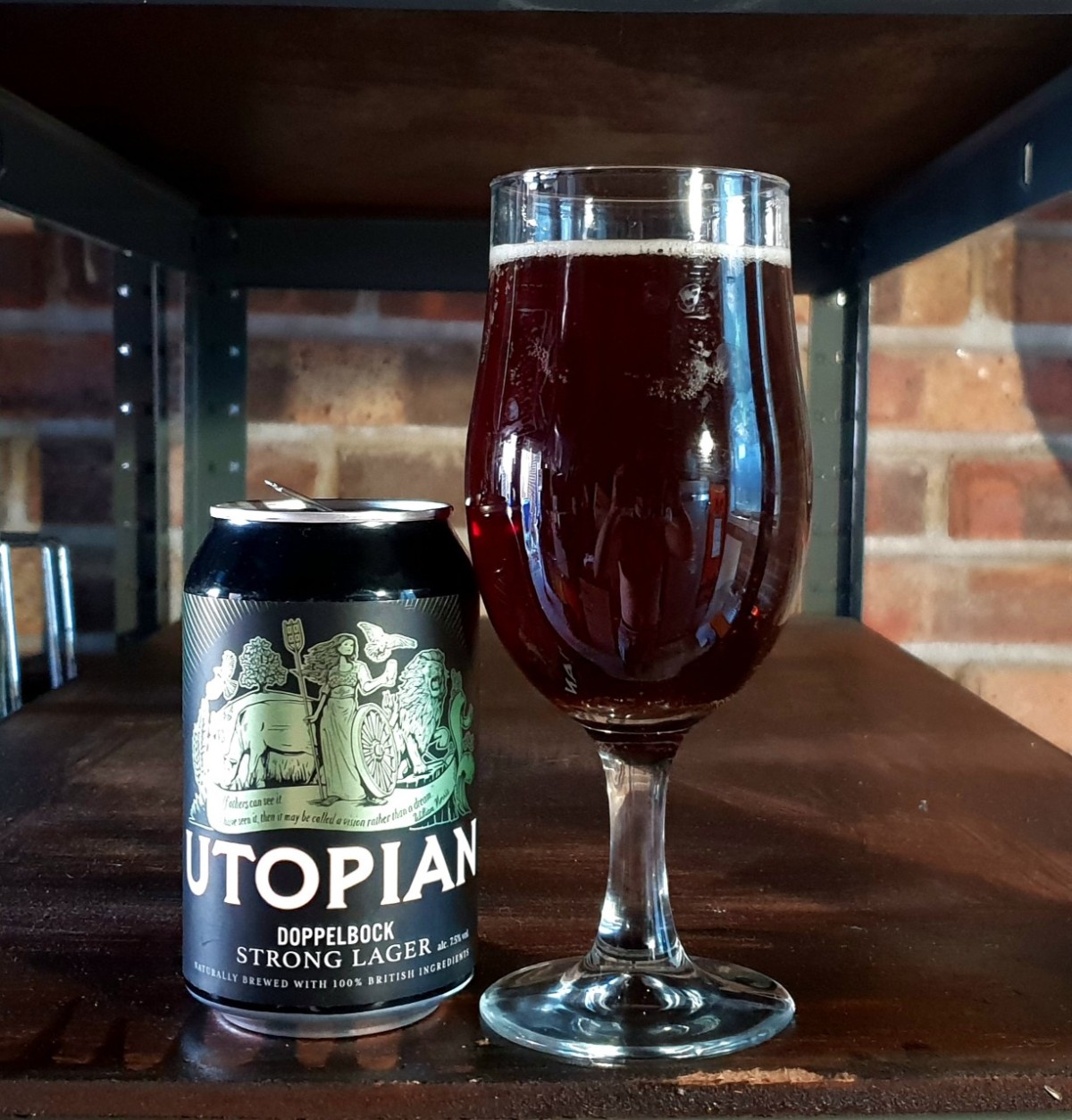 Doppelbock hardly has a nose to mention. But hey, that’s to be expected for a lager. And things get better from here on in…

Doppelbock is a lovely dark amber in the glass. Best described as almost coke like in appearance. In fact, my wife thought I was drinking a coke. And funnily enough, there’s a nice sweetness to the after taste (thankfully not on a coke level though).

The mouthfeel is challenging but in a very good way. It pulls on the Slavia glands.

Doppelbock is definitely an interesting beer. It would serve you well on a cold winters evening when coming in from the cold and damp. And as we can’t put on our heating anymore due to extortionate pricing, this would be a good way to warm you up.

Go get your hands on the new way to keep warm! I thoroughly recommend it!

A very German beer is a Doppelbock. And this particular one is brewed by Devon based Lager specialists, Utopian, using only English ingredients. How interesting, I’m looking forward to this! Let’s dive on in!

This strong Lager opens up with a soft, light and delicate cherry chocolate nose. I was expecting more of a hit I have to say, considering the colour of the brew, but even though it’s not strong the aroma from the beer is lovely.

In the drinking this beer comes across as very warming and comforting with even a medicinal note in the taste. Do not take this as a bad thing because it’s not, it’s good. Very good in fact.

This is a brew to savour. It’s rich, fairly complex for a lager and a real joy to drink.

It’s a job well done Utopian I have to say. Well done, hang on, I already said that…

MOB review next weekend: LAND OF HOP AND GLORY by WEST BERKSHIRE BREWERY